"Not since Dumbo the Flying Elephant, inspiration during my youth, has a creature been so compelling and fun. Henry is my hero!" - Robyn Williams AO, ABC Science Show

(Currently Sold Out! - email niraj@nirajlal.org to hear when reprints are available) 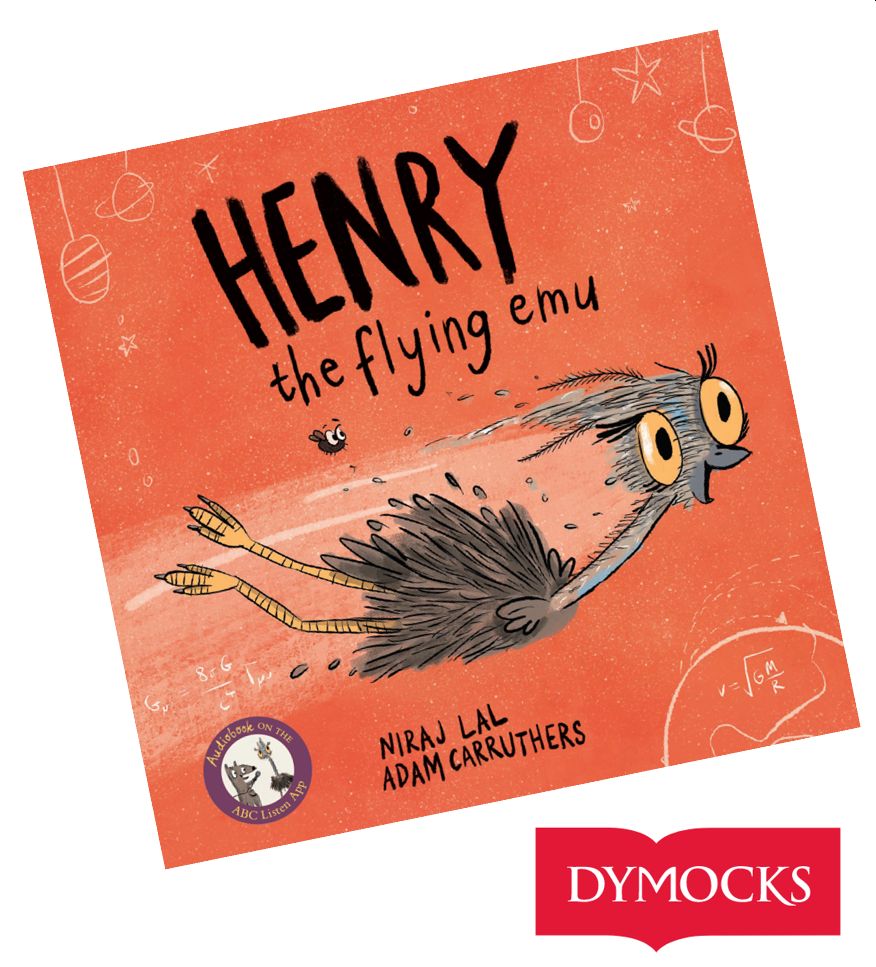 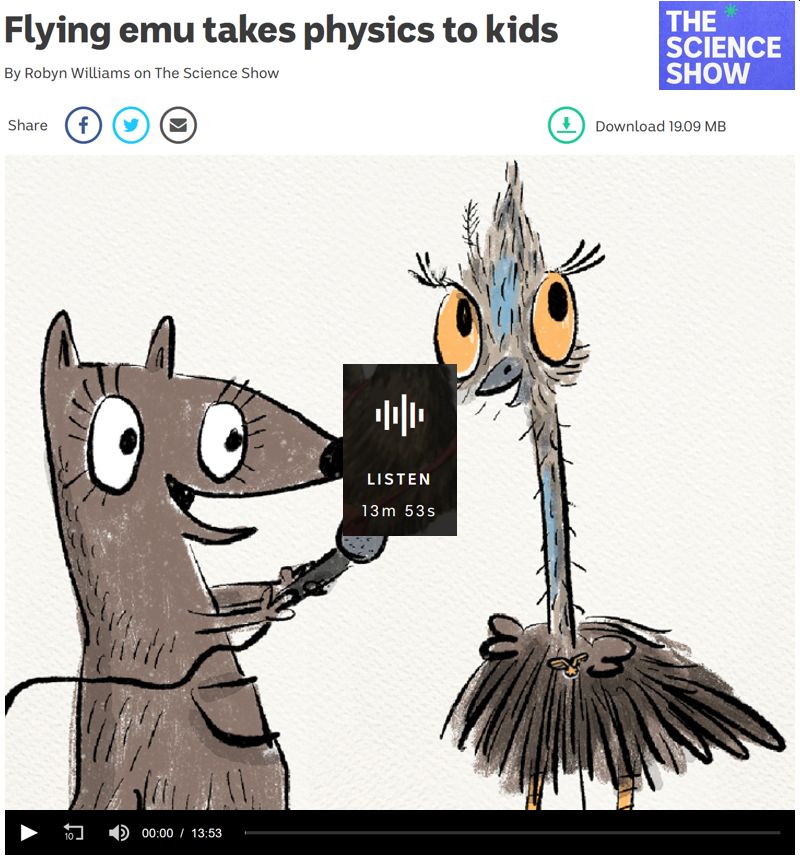 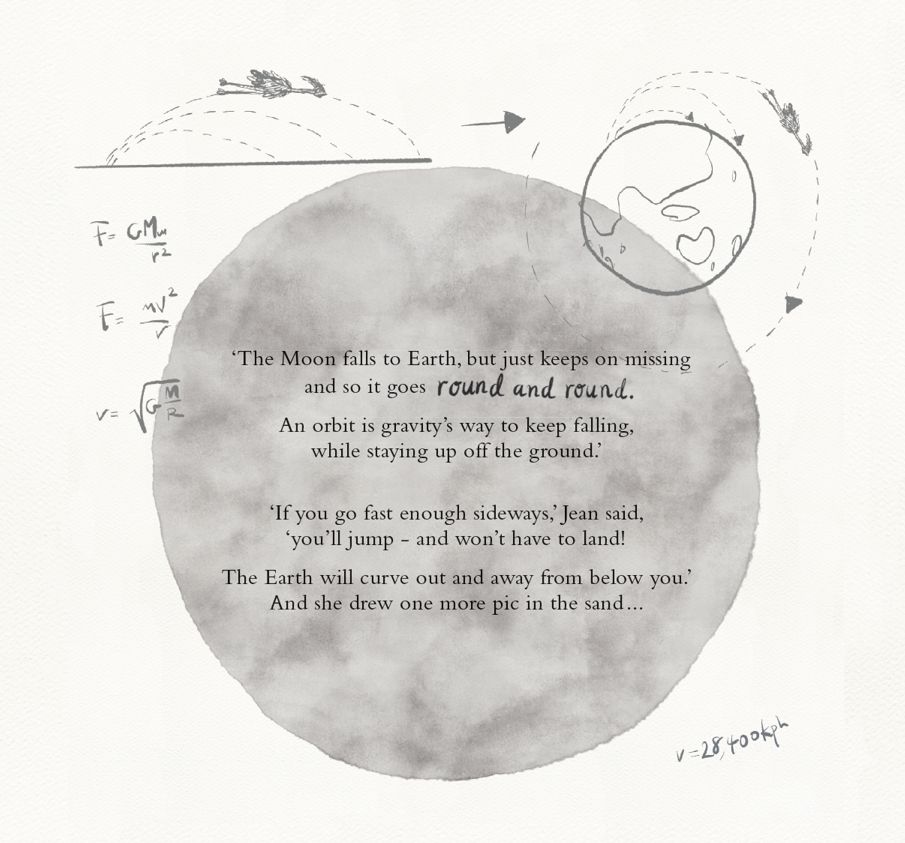 "Niraj is a gifted writer of children's stories. His latest story, about an emu that wanted to fly, brings real depth of science to a lovely story. The reader learns that the emu's tendency to fall to Earth is just the same as the Moon, constantly falling towards the Earth, but staying of course in its orbit around the Earth. This is Isaac Newton's story of the apple falling on his head re-written - great for all ages!"
- Sir Richard Friend FRS , Cavendish Professor of Physics, University of Cambridge Dr Niraj (Nij) Lal graduated with a PhD in physics from the University of Cambridge as a Gates Scholar in 2012 and was named one of the ABC's Top 5 Scientists Under 40 in 2016. He's currently a Visiting Fellow with the ANU Centre for Sustainable Energy Systems, Principal at AEMO, and the new host of ‘Imagine This’ for ABC Kids Listen. Nij regularly appears on telly and radio to talk science (he’s obsessed), and lives in Melbourne, Australia with his partner Sally and two kids Ash and Ella. More info at nirajlal.org 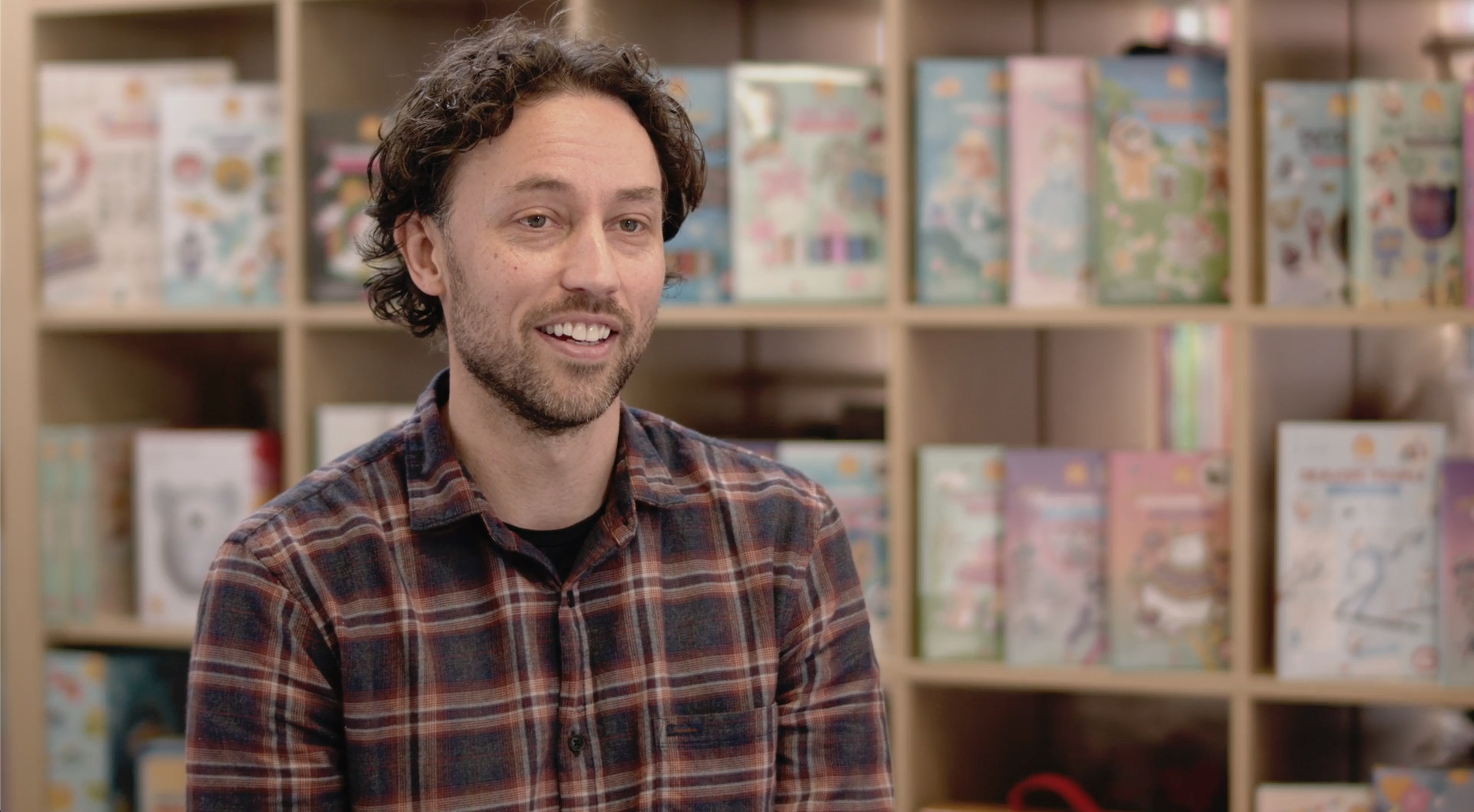 Adam Carruthers is an illustrator and designer based in Melbourne, Australia. He has worked in the gift industry for a couple of decades, designing and illustrating toys, greeting cards and stationery. He loves bringing stories to life and has been lucky enough to illustrate nine children's books. More info at adamcarruthers.com 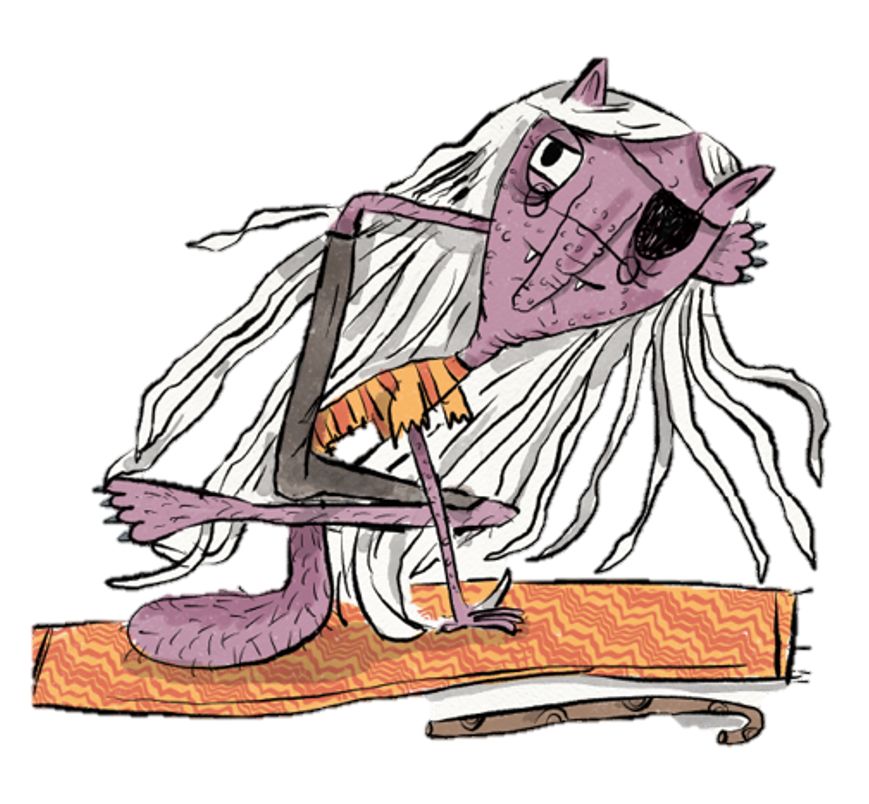 Wallagoot Jean was feared through the bush,
she had white hair that reached to her knees.
Missing one eye and one arm (rumoured eaten)
she hobbled off into the trees...

The story of Henry


I wrote Henry in the summer of 2015 while living in Newcastle, Australia after (cliched enough) a dream (!) about running really fast to go to the beach. When I woke, I wondered how fast you’d need to run to go into orbit at the earth's surface (28,440km/h if you’d like to know!). And I thought about whether any animal could do this - and then about emus not being able to fly - and how frustrating that must be - and then the story kind of wrote itself from there.

Over 2015 I refined the rhymes and verses and then in 2016 I was lucky enough to be named one of the Australia's Top 5 Scientists under 40 by the ABC (for my research into solar cells). As part of the program I got to turn my story into the magical audiobook linked above and broadcast it on ABC Radio National's Science Show with Robyn Williams and David Fisher.

I submitted the story to a bunch of publishers - and Little Steps came back to me with a proposal for a partner-publishing model, and then it all really started to happen, with the most incredible bit being finding Adam Carruthers to be the illustrator. Adam brought Henry to life in a way that I couldn’t have dreamed of at the start, and now I can’t imagine Henry any other way. Nor Wallagoot Jean, or Bertie, or the little fly who has become a part of the story as much as anyone. It’s maybe because he draws every day for his day job, but it’s been just wonderful working with him and amazing to see him fly with his art, he’s truly a rockstar.

But I wanted to say, the biggest reason that Henry made it to light is because of the incredible support of the folk that backed the Kickstarter campaign we ran in 2019. It's a curious act of generosity - supporting a Kickstarter campaign. It lies somewhere in between a donation and the buying of a thing, but isn't quite like either. Instead – it's an act of support for this project, with a vista that was not yet painted and a timeline that was beyond the immediate. Generosity for creative science communication is rare; for projects like this it's next-level golden.

Stoked that Henry could take flight, hope you like the story. 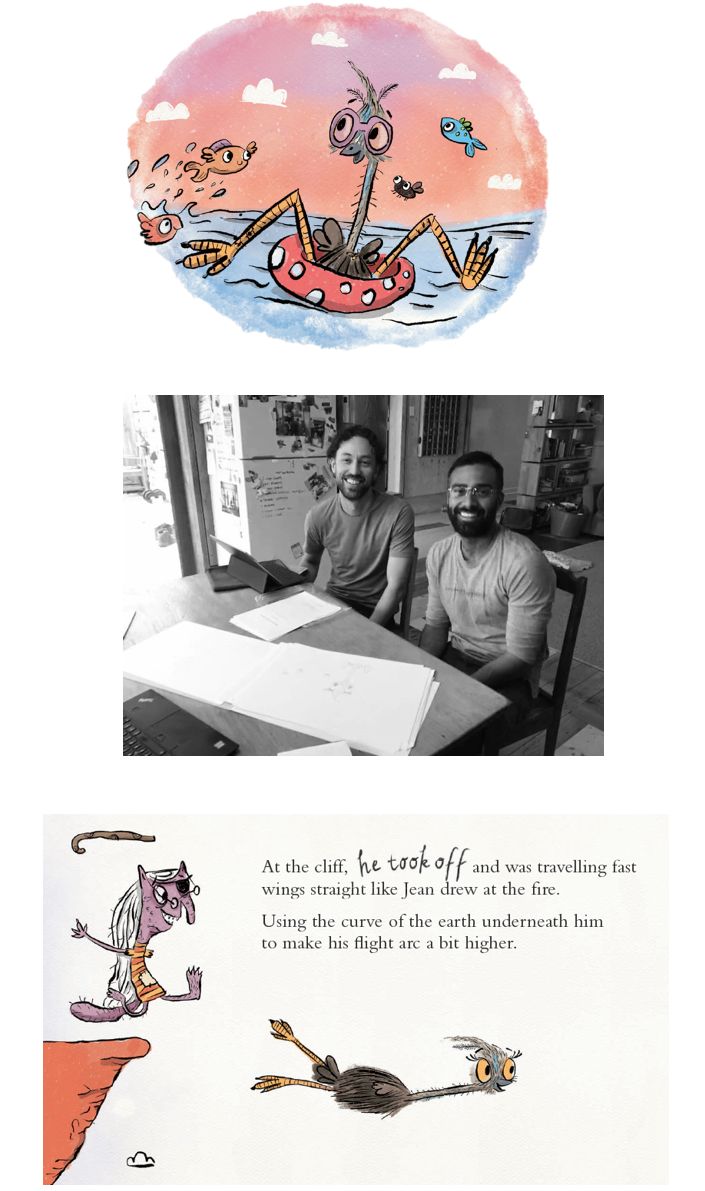 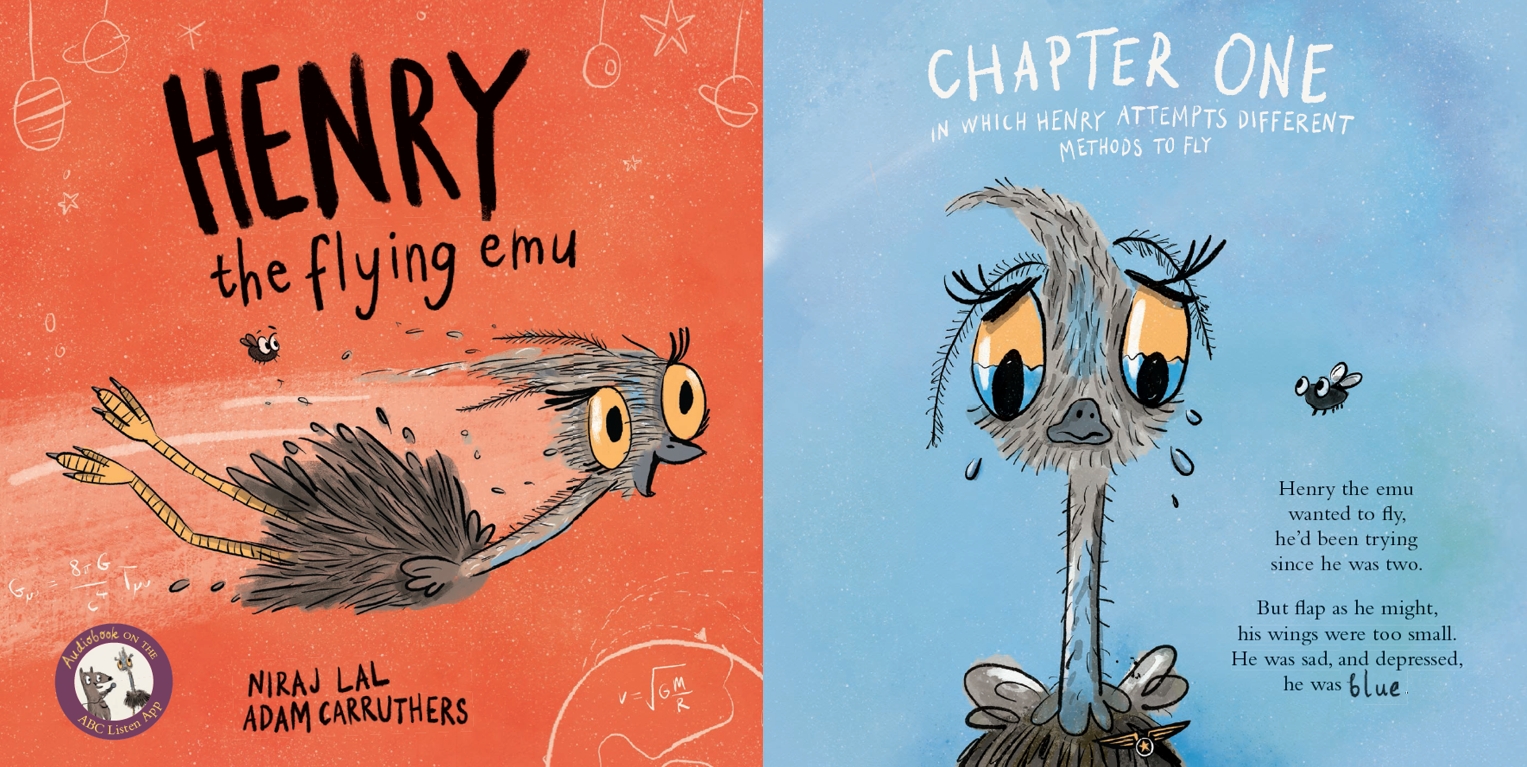